The world’s biggest recording companies have been stripped of two billion YouTube hits after the website cracked down on alleged ‘fake viewers’.
Universal, home of Rihanna, Nicki Minaj and Justin Bieber, lost a total of one billion views in the video site’s biggest ever crackdown on artificially inflated figures.
Sony was second hardest hit, with the label behind such stars as Alicia Keys, Rita Ora and Labrinth losing more than 850million views in a single day.
The dramatic cuts came as YouTube conducted a crackdown on fake views, but music industry sources have blamed it on housekeeping related to the migration of their videos across different channels.
The unprecedented move left Universal with just five videos on the site – none of which were music – and Sony with just three.
‘This was not a bug or a security breach. This was an enforcement of our viewcount policy,’ YouTube announced.
It marks a huge commercial blow to all the artists involved as YouTube is now the web’s most important outlet for music videos

Over four billion hours of video are watched by over 800million unique visitors to the site each month.
The dramatic falls, highlighted by figures compiled by YouTube statistics analysts at SocialBlade, came after YouTube conducted an audit of its viewing figures aimed at combating ‘black hat’ view count-building techniques.
That is the term used when hackers artificially build up the numbers of views or likes on a YouTube video – enabling them to make clips appear far more popular than they really are and increase their exposure on the site.
The number of views attracted on YouTube are these days regarded as an unofficial worldwide popular music chart, so once it became clear that hits had been inflated, fingers immediately pointed at the record industry.

YouTube viewer figures are doubly valuable to channel owners since it is also the primary way in which the site works out how to share its advertising revenue with partners.
The Daily Dot reported how many of the channels affected – which also include ones belonging to Michael Jackson, Chris Brown and Beyonce, among others – had also had many videos deleted.
Universal, which previously had dozens of clips on its YouTube channel, has had its offering slashed to just five – none of which are music videos or last more than about a minute and a half.
Sony’s page was also left practically bare following the cull, with just three videos left. 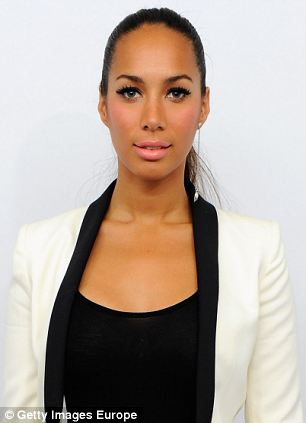 Among the channels affected was that of British X Factor success story Leona Lewis. The official YouTube channel of the protégé of music industry svengali Simon Cowell, lost nearly 24million page views as a result of the crackdown.

The mass takedowns came the same day that hundreds of the site’s users flooded forums to complain they had suffered a series of video deletions for violations of YouTube’s terms of service.
Many speculated they fallen victim to a technical error, but YouTube replied to confirm that the users had been sanctioned for violating TOS item 4, Section H, which bans artificially inflating view counts.
According to the Daily Dot, the apparent crackdown last week was widely discussed on the Black Hat World forum, where visitors exchange advice on unethical search engine optimisation tactics.
In one thread on the forum, where YouTube included a link to the site’s policy on ‘viewcount gaming, the first post spoke of a ‘friend’ who ‘sells likes’ who had been told by four different customers that their videos were deleted due to violations of YouTube’s terms of service.

Record labels have blamed the cuts in their viewing figures on a change in the way that YouTube has changed its view count. Billboard reported how the Google-owned company recently decided to remove view counts for so-called ‘dead videos’, which were no longer live on the channel.
A senior label executive told the music industry trade magazine that since thousands of videos had in fact been migrated to Vevo, the views those clips accrued during their time on their dedicated label channels were taken away in YouTube’s ‘clean up’.
Universal acknowledged its drop in views, but told the Daily Dot its channel had been mostly dormant since it shifted its focus to Vevo, which it founded in 2009 together with Sony Music, Abu Dhabi Media Company, and E1 Entertainment.
Google declined to comment when contacted by MailOnline.
Commenters on the Sony YouTube channel gloated over the major record labels’ apparent comeuppance.
User Lattentreffer posted on SonymusicSME: ‘Pretty much f*** you, sonymusic…. Hahahaha.