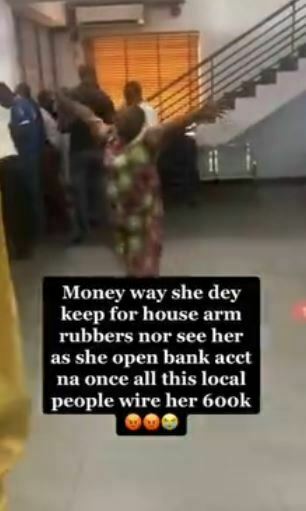 A video has captured the moment a woman caused a stir in the bank after the sum of N600,000 in her account disappeared.

The woman said she had been saving the money in her house and robbers never stole from her. But when she decided to deposit the money in the bank, she was robbed of her life savings.

In a video shared online, the woman is seen prancing around the hall, crying for her money.