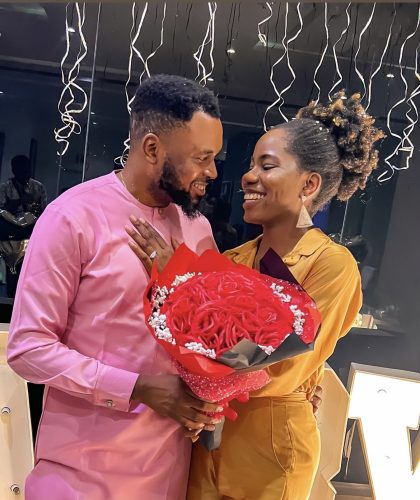 A newlywed Nigerian woman has celebrated getting married to her man despite initial hurdles.

She took to Twitter to celebrate getting married to the love of her life.

She disclosed that she had a hard time getting her father to approve the union because the man is not Igbo. 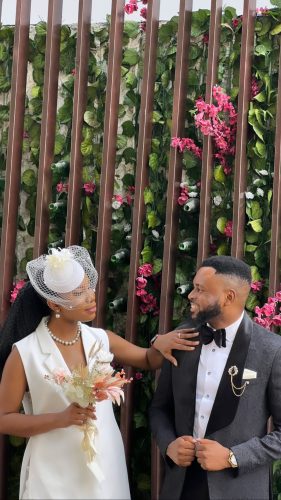 She added that it took over a year before her father came around.

After he did, she had her proposal, introduction, and court wedding in the space of 5 days. 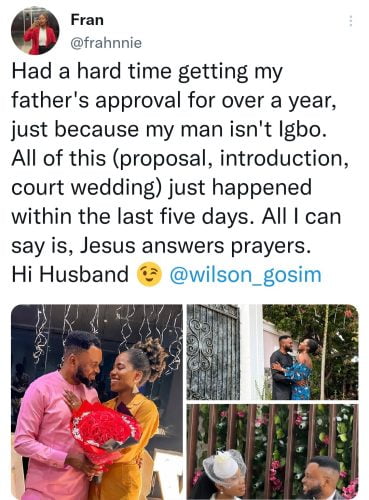