The protest, which started as a peaceful one, resulted into violence as many persons sustained injuries. 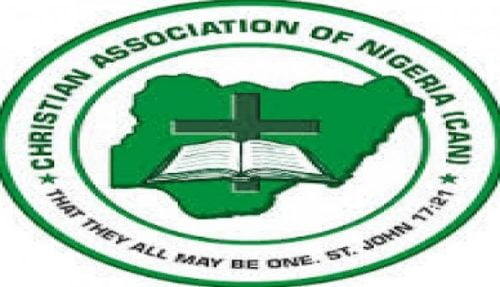 According to a report by SaharaReporters, the Christian Association of Nigeria, Kwara State chapter, has said that it will not allow the use of hijab in grant-aided mission schools in the state.

This is in spite of a fracas that occurred on Thursday when some Muslim parents stormed Oyun Baptist High School, Ijagbo, in Oyun Local Government Area of the state to protest the rejection of their wards in the school.

The protest, which started as a peaceful one, resulted into violence as many persons sustained injuries.

Addressing reporters in Oyun, Rev Samuel Ajayi, who spoke on behalf of the local chapter of CAN said, “It has been said times without number that we cannot and will not allow the use of hijab in our mission schools. We have since asked the state government to return our schools back to us.

“We want to inform the general public that whatever happens in our schools on hijab issue, should be dropped at the doorsteps of the state government.

“The aim and mission of those that went to Oyun Baptist High School to foment trouble on the issue of hijab will fail. CAN in the state will resist their move, even with the last ounce of our blood. We, therefore, demand that the hoodlums be fished out and appropriately prosecuted.

Meanwhile, a Muslim group,  the Kwara State Muslim Stakeholders, on Friday urged the state government to set up a commission of inquiry to unravel the brains behind the killings and maiming of innocent Muslim parents in Ijagbo.

The group also charged the state government to enforce its policy on wearing of hijab by Muslim schools girls in all government grant-aided secondary schools.

Chairman of the forum, Alhaji Isiaq Albdulkareem, alleged that one of the parents of the Muslim students of the school, Habeeb Idris, was killed during the fracas that also left 11 parents injured.

The group also called on the police to investigate the circumstances surrounding the crisis with a view to bringing the perpetrators to book.

On January 25, the government restated its policy and directed management of schools in the state to allow the use of Hijab by willing Muslims without forcing it on anyone or turning them back for using it.

A government delegation, led by Commissioner for Education, Hajia Sa’adatu Kawu, had twice visited the school to resolve the matter.

Another delegation led by Commissioner for Local Government and Chieftaincy Affairs, Mohammed Saifudeen, also visited the town for the same reason on Thursday.