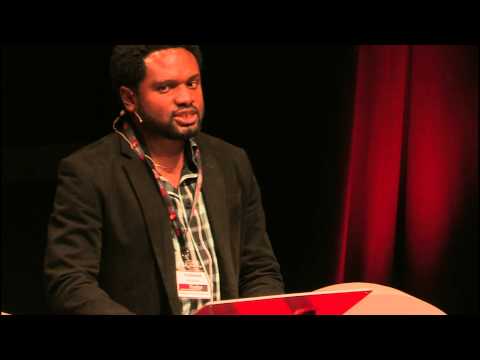 Cobhams Asuquo The Gift Of Blindness Video
Cobhams Asuquo is a singer/songwriter/music producer and music entrepreneur. After graduating from the Pacelli School for the Blind and King’s College Lagos, he started his professional training as a lawyer, but later branched out into music full-time to fulfill a lifelong desire. While working with a Nigerian music label as an in-house producer, he gained a unique insight into the local music scene. He saw the opportunities and challenges within the industry with a vision to develop an entrepreneurial platform from which to drive the industry forward. Today he is the founder and chief executive officer of Cobhams Asuquo Music Productions (CAMP).
SEE ALSO: DOWNLOAD MP3: Cobhams Asuquo – We Plenti Ft Simi
He gained international attention for producing and co-writing ‘Asa’, the debut self-titled album for the acclaimed soul singer. He was recently featured on CNN’s African Voices for his contribution and impact on the African music industry. Rising alternative soul artiste, Bez is the first of three artistes signed by Cobhams to the C.A.M.P record label, and Bez’s debut album ‘Super Sun’ was highlighted on The Boston Globe’s top ten list of best ‘world music’ albums of 2011. He has won several awards in the music and film scene in Africa and beyond.