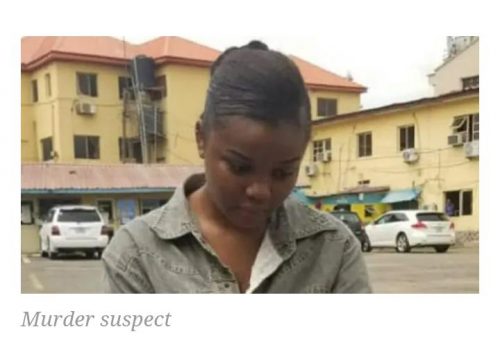 In a legal advice issued on August 20, the DPP recommended Chidinma Ojukwu (22), and her accomplice, Adedapo Quadri, for murder trial.

Also to be prosecuted is Egbuchu Chioma, who was found in possession of the deceased’s iPhone 7, and initially refused to release the phone on demand.

However, the DPP said after careful consideration of facts, she was of the view that no offence was established against Disu, Olutayo and Ifeoluwa in respect of the case.

“No offence is disclosed against them and they should be released if still in custody,” she stated.

The DPP said Disu, who was found at the lodge where Ataga was killed, had no link with Miss Ojukwu “before and after the commission of the crime.”

Regarding Olutayo and Ifeoluwa, the DPP said the offence of receiving stolen property could not be established against them.