James Gakara, a Kenyan medical practitioner who allegedly killed his two children by allegedly injecting them with insulin, is dead. 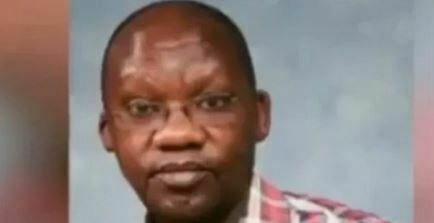 Gakara, who was found unconscious in his home after the incident on Sunday, died at Nakuru Level 5 hospital.

Gakara has been eulogised by his neighbours and friends as a jovial person.

“We really don’t know why he did what he did. He loved his children and wife. In fact he had enrolled his wife Winnie at JKUAT university to further her studies,” Button Njoroge, one of the deceased friends, said.

Njoroge said Gakara, who worked with him in Nakuru town, had not shown any signs of distress.

“Postmortem on his body will be done tomorrow. We had planned to bury his children on Friday, but we’ll discuss further if we’ll have a joint burial, ” he said.

Njoroge further said Gakara had been battling diabetes for a long time.

“Doctors at Nakuru Level 5 Hospital have been treating on high sugar level since Sunday, but he succumbed today,” he added.

Gakara’s widow has been admitted at the same facility after she fell sick following the death of her husband.