Obi Mirabel’s family has restricted her from finishing her first semester exams while mandating her to delete her Instagram account. 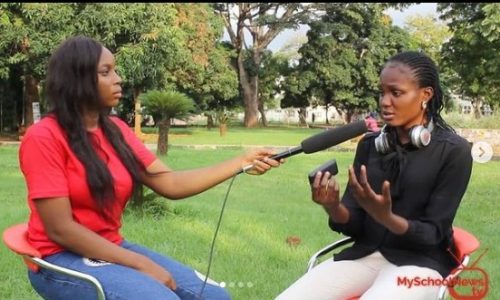 The famous University of Nigeria Nsukka student, Obi Mirabel whose viral video of twerking naked trended on social media few weeks ago has been mandated by her family to leave her on going first semester exams and return home.

Mike, a close friend and classmate to Mirabel, disclosed this while in a discussion with my myschoolnews.

Myschoolnews also noticed that Mirabel has deactivated her Instagram account which speedily rose from zero followers to 3,000 followers and thousands of view on her videos after the twerking saga.

Speaking to Mike about the account deactivation, he revealed that Obi Mirabel deactivated the account in obedience to her elder sisters order.

Meanwhile the reason for Mirabel twerking naked has not been made known as her friends said “no comment” when asked if Mirabel is financially taken care of by her family.

I’m very tired, Maybe when I leave, you all will rest

It will be recalled that Mirabel in the previous interview has also refused to say if the popular Nigerian entrepreneur and entertainer,Gustavo has reached out to her as promised.

Clearing the air, her friends disclosed that she did that in order to protect her imgae while revealing that she has always been looked down on by other students.

But details myschoolnews received recently, revealed that the rich celebrity has currently reached out to her though it was not known yet if the amount of money promised has been disbursed to her.

However, myschoolnews, discovered that Mirabel is from a disciplined family in Anambra state while Mirabel herself is an intelligent fellow whom her friends knew to be resolute in her decisions.