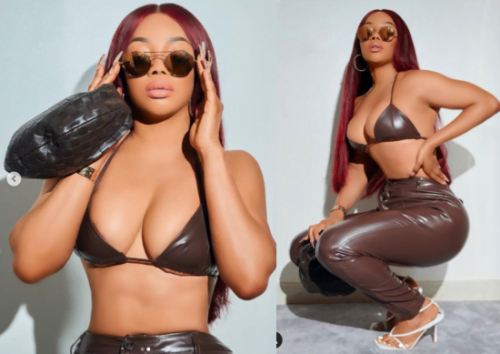 This wouldn’t be Toke Makinwa’s first time going under the knife as a few years ago she had a Brazilian Butt Lift surgery which has given her body an hour glass figure and her bum enlarged.

In a new video sighted on Instagram, the once married socialite who marriage crashed about three years ago due to unsettled differences between her and her estranged hubby, Maye Ajida, a fitness coach was seen jamming to a popular song in her car.

Toke Makinwa displayed her succulent b00bs and said in the caption that she needs a b00bs reduction surgery.