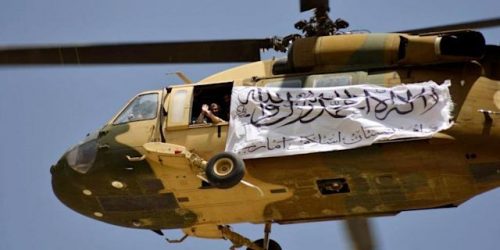 Taliban forces paraded captured military equipment in the city of Kandahar on Wednesday.

Photos from the event show Humvees, multi-purpose trucks, and even a Black Hawk helicopter.

The Taliban captured an arsenal of weaponry when it defeated the Afghan army and overran Afghanistan.

The Taliban held a military parade in the southern city of Kandahar on Wednesday, showing off American-made weapons of war captured when the group defeated the Afghan army and overran the country, according to multiple reports.

In addition to the military vehicles, the parade also featured what appear to be captured police vehicles. 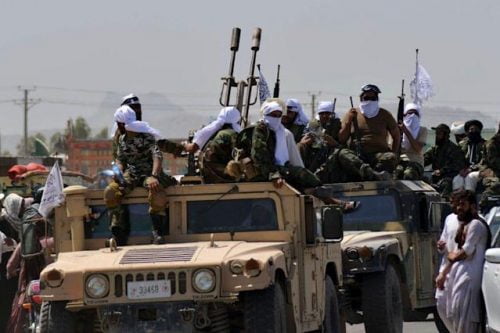 The group even had a captured Black Hawk helicopter adorned with its flag fly over the event, CNN reported.

When Taliban forces, many of whom were outfitted with what looks like American-made weapons and gear, entered Hamid Karzai International Airport in Kabul on Tuesday following the end of evacuation operations there and the departure of the last US forces, they found abandoned ground vehicles and aircraft.

The US military insists that these assets were permanently disabled, and videos that surfaced online suggest this was the case.

They can look at them, they can walk around,” Pentagon press secretary John Kirby told CNN. “But they can’t fly them. They can’t operate them.” 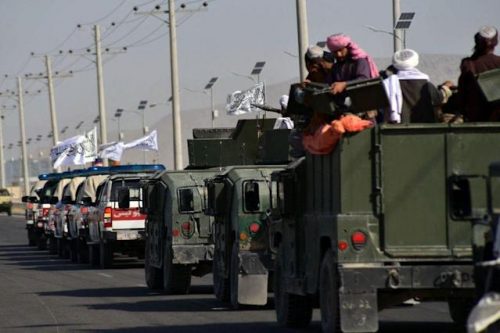 Restating remarks made by Gen. Kenneth F. McKenzie, head of US Central Command, on Monday, he said that the military made sure all the military ground vehicles and aircraft that were left at the airport were “unusable.”

But while assets left behind at the airport in Kabul may be inoperable, there is an arsenal of rifles, military gear, and vehicles that the Taliban seized from the Afghan army – which the US spent billions of dollars arming and equipping – that is still operational, as was demonstrated at the victory parade in Kandahar.

“We don’t have a complete picture, obviously, of where every article of defense materials has gone, but certainly a fair amount of it has fallen into the hands of the Taliban,” Jake Sullivan, the White House national security advisor, said just a few days after the fall of the Afghan capital.

The administration has also faced criticism for not anticipating the collapse of the Afghan army, forfeiting strategic positions like Bagram Air Base, and not acting fast enough to evacuate US citizens and vulnerable Afghans. 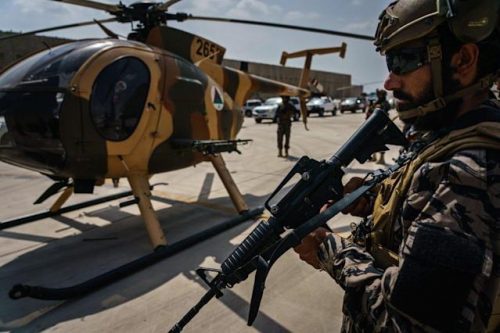 Though the Taliban managed to capture an arsenal of weapons, not all of it will be operational for long if the group is unable to develop the capabilities to adequately maintain them.