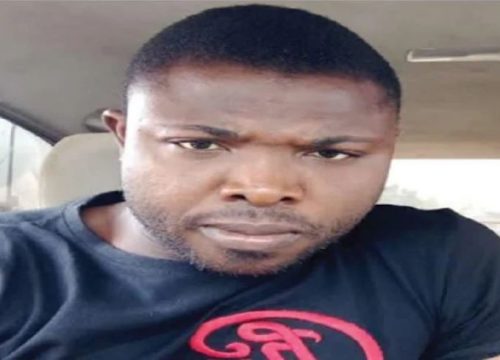 A 34-year-old graduate of engineering from Akaeze, Ebonyi State, Ekeson Egwuonwu, trended online recently after he was reportedly paid N102,000 for a ride. He tells GODFREY GEORGE why he ventured into the taxi business

You went viral on social media after you said you were paid N102,000 for a single ride by a customer. Can you share how it happened?

Yes, it is true. A passenger offered me N102,000 for a ride. It began when a particular man ordered a ride on one of the e-hailing services. I was to take him and his mother from a hotel in Gwarinpa to Idu both in Abuja, where he went to check a house that he bought. When we were on the ride, I interacted with them and they shared a lot of things with me that made them so comfortable. I also gave him some tips on how to survive in Abuja since I had been in Abuja myself for over six years; I grew up in Benue State, but I live in Abuja. After the inspection, I took them back to the hotel.

On our way back, they even bought some stuff for me. He promised to call me in the morning the next day to take him to the airport to travel back to London, where he resides. The next day, I took him to the airport and he thanked me and I felt that was it. He paid the normal rates for all the trips. I was shocked when he called me up again three weeks later to go pick up his girlfriend from Makurdi to Abuja, where she would fly back to London, where she is also based. He requested my account number and transferred N102,000 into my account. I was shocked. I almost fainted.

How much would you have charged for the trip at the normal rate?

I would have charged between N10,000 and N20,000 for the journey. It was just a four-hour journey. So, it looked like he paid me five times for the same journey.

Were you scared, considering the security situation in the country?

I was not scared one bit. I don’t even know why. It was my first time going for an interstate ride since I started my taxi business. When I got the alert, I felt happy. It was never suspicious. I never suspected foul play. I was never afraid. I just had confidence that a London-based doctor would not do anything to me.

Despite your degree in engineering, why did you decide to become a taxi driver?

Growing up was never easy because I grew up in a slum, and trying to meet up with the necessities of life was hard. In 2016, when I finished my national service in Warri, Delta State, I chose to stay in Abuja with my elder sister to make ends meet. While I was there, I applied for hundreds of jobs. I also went for many interviews but did not get an offer. On one of those times I went for a job interview, I had a motor accident and almost got killed. I eventually went for the interview but I still didn’t get the job. That was the last time I went for any job interview. I had to resort to taxi-driving just to get little money to make more investments in the future. It was not like I didn’t want a good job. But where is the job?

As I speak, my CVs are in many places, but it hasn’t worked out. Taxi-driving was my only option. It has been two and half years since I started driving a taxi for a living and it has been quite a great experience so far. Driving a taxi has been putting food on my table. I hired the car I currently drive and I make returns to the owner. If I had my own car, I would have gone farther than I have gone now.

What are the most embarrassing moments you have had on the job?

I have a lot of them. Chief among them was when I got a call early on Sunday while preparing to go to church from a female rider whom I had driven the previous night. She asked me to come over to her house and have sex with her. She said it explicitly; she didn’t mince words. It was so embarrassing for me. When I called her to ask her what she was on about, she began to narrate stories that didn’t quite connect. I remembered her very well because while on the trip, she was behaving funny but I never gave her consent. That was not the first time. I have had a lot of such messages from ladies asking me for sex after trips. Many times, passengers promised to transfer the money for their rides, but did not do so after alighting. When I called them, they blocked my number. Sometimes, a passenger would be frustrated from home and would just bark at you for asking a simple question. You would have no choice but to soak up all the pressure. It has been a rough ride.

What will you like to tell other young Nigerians who feel that there is no dignity in labour and want to make quick cash from illegal sources by all means?

The truth is that there is indeed dignity in hard work. The Holy Bible says in one of the epistles, ‘Whatsoever your hands find to do, do it with all your strength’. I have never taken this job for granted. I have been doing it diligently because it is the only job I have for now. I wake up as early as 6am and return home at night. I have never had a time when I exchanged words with a passenger. On one of the e-hailing apps, I have had over 7,000 rides. Many people I have driven in the past save my number and call me on private cases.

What will you say has made you exceptional on the job so far?

Since my mother was a restaurateur, she taught me how to relate with customers. That was where I learnt how to communicate with people and be an all-around individual. It has helped me so much as a taxi driver. When people enter my cab, it takes me nothing to adapt to them so that they become so comfortable to share anything. My interactive skill can make passengers say what they never thought they could share with a stranger.

How much do you make on a good day?

If I can pay the man who gave me his car for hire N100,000 every month and still have something to feed on, you can see that it is lucrative. One just needs one’s car to succeed.