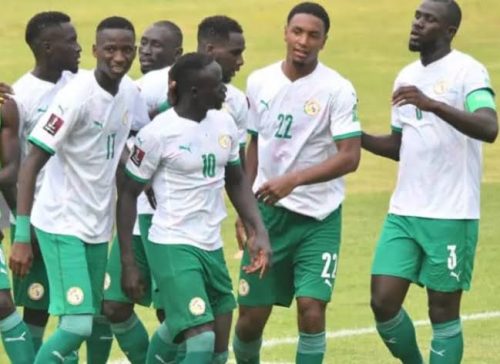 Senegal won the second leg of the African play-off 1-0 in Diamniadio thanks to a fourth-minute goal from Boulaye Dia and the teams finished level at 1-1 on aggregate after extra time.

As was the case in the Africa Cup of Nations final last month, Mane was entrusted with taking the crucial fifth Senegal kick and once again he made no mistake to give his side a 3-1 shoot-out victory.

On the other hand, the Black Stars of Ghana are back in the World Cup finals after qualifying in 2006, 2010 and 2014, but missing out four years ago.

Partey struck after 10 minutes in Abuja and although another Premier League star, William Troost-Ekong, levelled from a 22nd-minute penalty, Nigeria failed to score again. The first leg ended goalless.

The defeat was a massive blow for favourites Nigeria, who were chasing a seventh appearance in eight attempts since debuting at the 1994 World Cup.

In the other fixture, Azzedine Ounahi scored twice as Morocco trounced the Democratic Republic of Congo 4-1 in Casablanca to reach the finals for a sixth time.

Tarik Tissoudali and Paris Saint-Germain full-back Achraf Hakimi also netted for the Atlas Lions, who qualified 5-2 on aggregate after the first leg finished 1-1 in Kinshasa..

Finally, Tunisia secured their place in Qatar despite being held 0-0 at home by Mali in the second leg of a play-off.

Having built a 1-0 lead in Mali through a Moussa Sissako own-goal, Tunisia were unable to build on their aggregate advantage and only scraped through.