See The Reaction Of Ooni Of Ife’s Estranged Wife, Queen Naomi To His Fourth Marriage 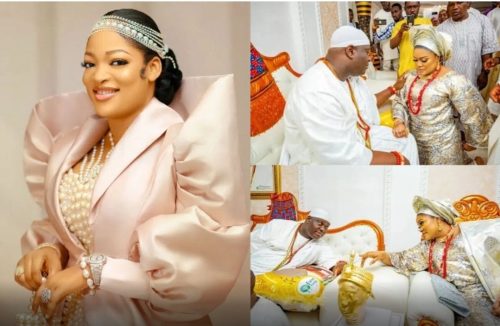 Estranged wife of the Ooni of Ife, Queen Naomi Silekunola has somewhat reacted to the reports of his new marriage.

The former queen who announced her divorce from the monarch in December, 2021, is still yet to drop the royal surname.

A look at her Instagram page still boasts of her former title, “Official page of Her Majesty Queen Naomi Silekunola O.” The mother of two still retains her royal name, Queen Silekunola Ogunwusi.

Following the news of his new marriage, the estranged queen has now pulled down her post announcing the divorce.

According to Palace sources who spoke exclusively to Kemi Ashefon, Queen Naomi has been trying to get back with the Ooni.

The sources claimed that the Olori had been begging people to appease the king on her behalf.

But when she realized that the monarch had made up his mind to tie the knot with Olori Mariam, she took down the post. 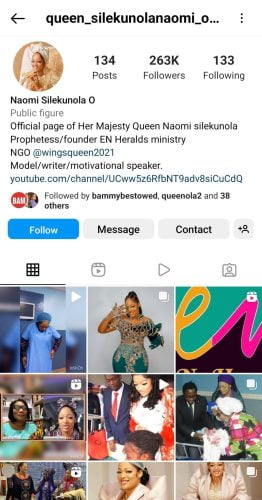