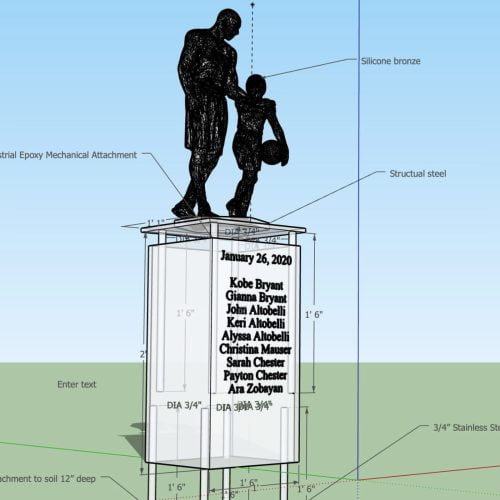 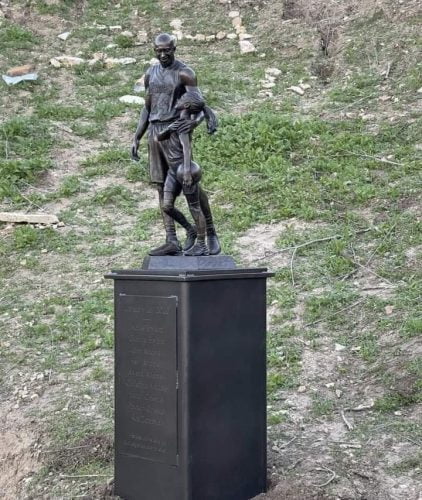 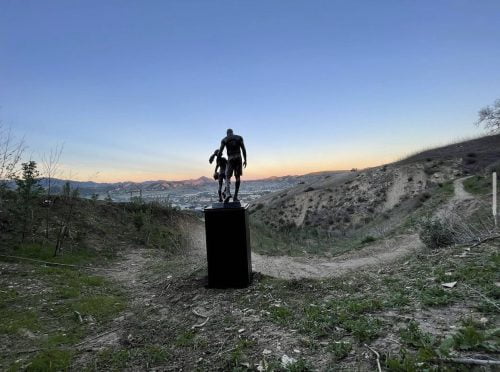 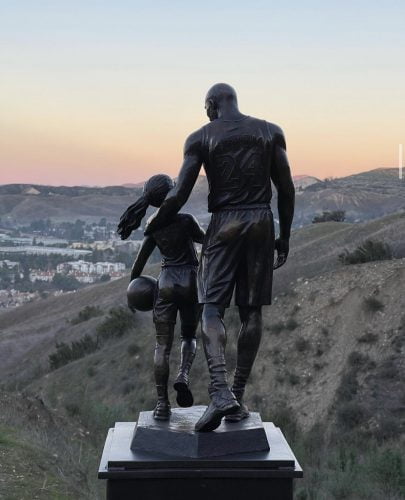 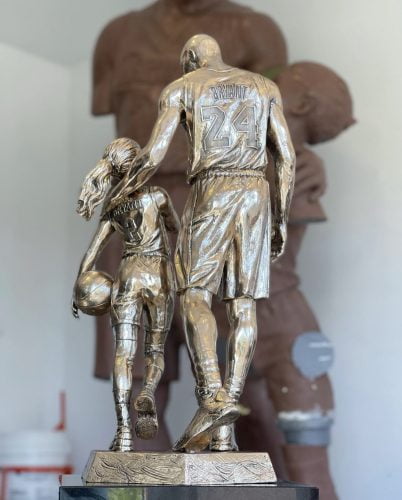 A statue of the late legendary basketballer, Kobe Bryant and his daughter Gianna was placed on the site of their helicopter crash in Calabasas, California, on Wednesday, the second anniversary of their tragic deaths and that of seven others.

The statue was created by sculptor Dan Medina and showed Kobe, in his Lakers uniform and with his arm around Gianna, who is also wearing a uniform while holding a basketball by her side.