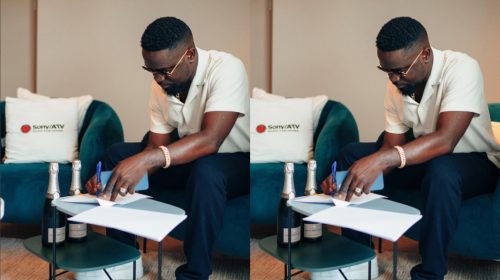 From all indications, it looks like Sarkodie’s new album ‘No Pressure’ really brought pressure as the musician has been announced by Sony Music UK as part of the label.

The music distribution label which houses the likes of Ed Sheran, Beyonce, Calvin Harris, Pharrell Williams among others took to their Twitter accounts to announce the signing of Ghana’s most decorated rapper, Sarkodie

Congrats to Sarkodie and his entire team as he makes a new step for his music career.