Resident Doctors Call Off Strike, To Resume On Wednesday 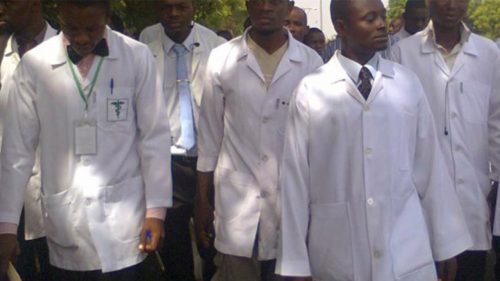 The National Association of Resident Doctors (NARD) has suspended its national wide strike — two months after the action began.

On August 2, NARD embarked on a strike over “irregular payment of salaries”, among other issues.

Efforts of different stakeholders, including President Muhammadu Buhari and the house of representatives, to ensure the resident doctors shelve the strike did not yield the desired result.

The National Industrial Court, in a ruling on a suit filed by the federal government, had asked the resident doctors to return to work.

However, the striking doctors faulted the court’s ruling, vowing to appeal the order.

But speaking in a interview with TheCable on Monday, Godiya Ishaya, NARD president, said the association has officially called off the strike.

He said the decision to call off the strike was made in an emergency meeting with the association’s national executive council.

He added that the doctors will resume on Wednesday.

“We’ve officially suspended the strike to resume 8:00 am on Wednesday. We made the decision in the wee hours of today. We held an emergency meeting from 5:30pm on Sunday to the morning hours of today, and the NEC decided that having reviewed the progress made so far, the strike should be suspended,” he said.