SEOUL: “Gangnam Style” star Psy’s new music video had been watched more than 10 million times on YouTube less than 24 hours after he unveiled his much-anticipated new dance in Seoul, the website showed Sunday. 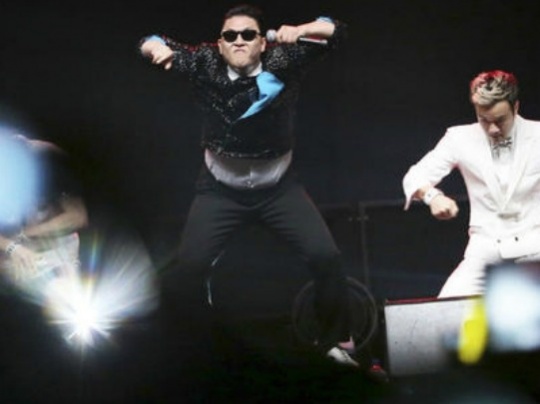 The South Korean pop star on Saturday performed for the first time the new hip-swinging dance aimed at replicating the global success of “Gangnam Style” and its famed horse-riding moves in his latest single called “Gentleman”.

The video, released a day after the song hit online stores worldwide, registered 10.7 million hits in the 15 hours after its debut at a packed concert in the South Korean capital as curious fans flocked to the video-sharing site.

It shows Psy, wearing his signature sunglasses, dancing at various locations in and around Seoul including a high-end clothing store, restaurant and swimming pool.

The story line features the singer teasing and playing practical jokes on women, such as pulling their chairs away as they are about to sit, before meeting his match.

It was the video of “Gangnam Style”, and in particular Psy’s signature horse-riding dance, that pushed him to global stardom last year after it was posted on YouTube and turned into a viral sensation.

A satire on the luxury lifestyle of Seoul’s upscale Gangnam district, it has become the most-watched YouTube video of all time, registering more than 1.5 billion views since it debuted last July.

The song topped charts around the world, and inspired a horde of online tributes and parodies, as well as flash mobs of thousands of dancing fans in cities such as Paris and Milan.

“The beat is quite catchy! I’m sitting here shaking my hips side to side even though i have no idea what he’s saying,” said one Youtube comment.

“Mark my words. This WILL be the second video to make it 1,000,000,000,” said another commentator, while some others said “R.I.P, Harlem Shake,” in reference to another viral hit that swept the world recently.

“Let me tell you about myself. I’m such a charmer with guts, vigour and humour,” Psy sings in Korean before launching into the song’s English catch-line: “I’m a mother-father gentleman.”