Prince Harry Reveals How He Lost His Virginity 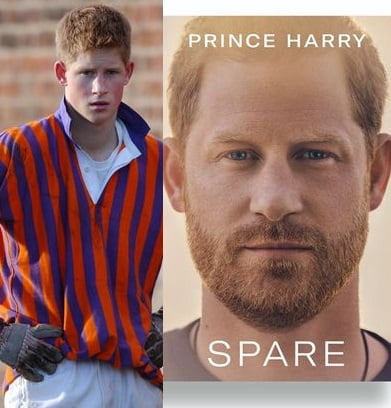 The Duke of Sussex, Prince Harry has given details how he lost his virginity.

According to the royal, he lost his virginity to an older woman in a field behind a busy pub.

The Duke of Sussex revealed intimate details about the first time he had s3xual intercourse at the age of 17 in his highly-anticipated autobiography, Spare.

Over the years, the identity of Harry’s first s3xual partner has been teased, with actress Liz Hurley, 57, recently coming out to deny she was the mystery woman.

Narrating his first s3xual encounter, Harry says his mature lover “liked macho horses” and treated him “like a young stallion”.

Back in 2001, when he was a student at Eton College in Windsor, Harry confessed everything to one of the Royal Family’s bodyguards, Marco, when he paid him a visit.

During lunch in a city centre cafeteria, Harry endured a humiliating experience when Marco said he had come to find out the truth.

In a transcript of Harry’s book, the Prince wrote: “I suspected he was referring to my recent loss of virginity, a humiliating episode with an older woman who liked macho horses and who treated me like a young stallion.

“I mounted her quickly, after which she spanked my ass and sent me away. One of my many mistakes was letting it happen in a field, just behind a very busy pub. No doubt someone had seen us.”

However, Harry had no need to confess his s3xcapades because it turned out that Marco had been sent to check up on the young Prince for a different reason. It was actually because King Charles’ press office had been told a newspaper had evidence of Harry taking drugs, which he said was all lies.