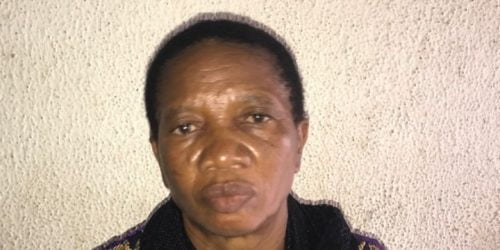 The Federal High Court in Abuja has ordered the final forfeiture of N120 million traced to a primary school teacher, Roseline Egbuha, and her accomplices, to the federal government.

A statement by the Independent Corrupt Practices and Other Related Offences Commission (ICPC), said on Thursday that the judge, D.U Okorowo, also ordered the forfeiture of cars, traced to the teacher.

ICPC’s spokesperson, Azuka Ogugua, said the court issued the order on 26 or 27 June but the commission’s lawyers only obtained the Certified True Copy (CTC) of the order on Wednesday.

How suspects tried to hide funds
ICPC explained that the teacher who was on a monthly salary of N76,000 as of the time of her arrest in 2020 had N540 million in her bank account with Guaranty Trust Bank.

It said investigations by ICPC revealed Mrs Egbuha was involved in money laundering thereby prompting the commission to place a Post-No-Debit (PND) on her account.

The suspect, however, obtained a court order from the Federal High Court, Abuja, lifting the PND placed on the account, according to ICPC. She was said to have then promptly withdrawn the money and distributed it into multiple bank accounts owned by Bureau de Change operators and private individuals.

ICPC’s lawyer, Adesina Raheem, had in his court filings sought an order for the final forfeiture of the money and cars to the federal government.

The judge, after taking arguments from lawyers to the ICPC and the respondents, ruled that the funds found in seven individual bank accounts and that of two private companies should be forfeited to the federal government.

Other items forfeited by the respondents are Toyota Lexus and Venza sport utility vehicles.