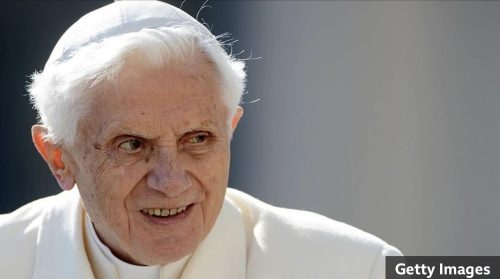 The Vatican on Sunday shared photos of the late Pope emeritus, Benedict XVI, lying in his home chapel.

The Vatican revealed that the body of the Pope emeritus will remain at rest at the ‘Mater Ecclesiae’ monastery, where had been living before death. However, from Monday morning at 9 am, the Pope Emeritus’ body with lie in state in St. Peter’s Basilica for public viewing until Thursday morning. 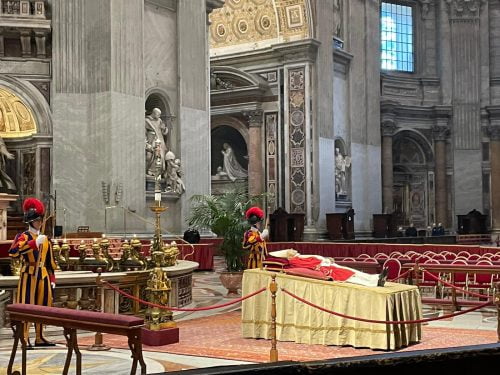 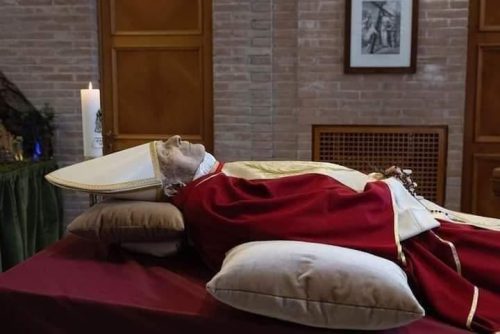 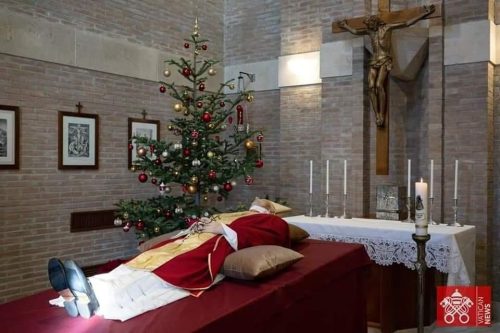 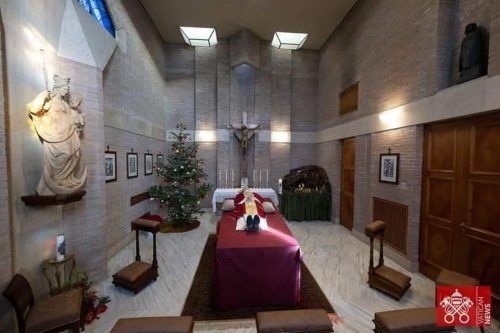