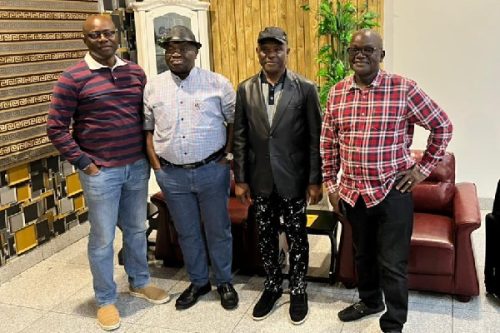 The five aggrieved Peoples Democratic Party governors have met with the All Progressives Congress presidential candidate, Bola Tinubu in London, the United Kingdom.

The APC standard bearer was said to have lobbied for the endorsement of the five governors during the marathon meeting which was held on Tuesday.

Governors Nyesom Wike (Rivers), Seyi Makinde (Oyo), Okezie Ikpeazu (Abia), Samuel Ortom (Benue) and Ifeanyi Ugwuanyi of Enugu states and some political heavyweights from the South had vowed not to support the PDP presidential candidate, Atiku Abubakar, over the refusal of the party’s National Chairman, Iyorchia Ayu, to resign after Atiku obtained the presidential ticket of the party.

But hours after the governors meeting with Tinubu, the PDP said it was not aware of their parley with the ruling party’s presidential candidate, noting that as far it was concerned, the governors were in the UK on vacation.