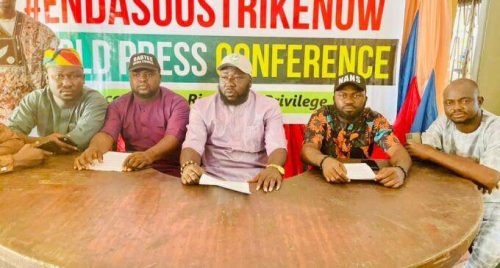 While ASUU has revealed that it will appeal the court judgment mandating lecturers to call off the strike and resume classroom activities, Nigerian students under the umbrella of the National Association of Nigerian Students (NANS), have rejected the court judgment in its entirety.

A statement issued by the association’s National Public Relations Officer, Giwa Temitope, referred to the ruling as a “black market judgment” that betrays equity, as the Federal Government ought not to have sued the academic union in the first place.

It further expressed its disappointment in the federal government’s decision to sue ASUU and the court judgment, saying it  has not resolved the problem.

The association noted that the only remedy to the industrial dispute is for the Federal Government to give in to the demands of ASUU which the government willingly entered, and to properly fund education.