Naira May Fall to N700 Per Dollar – NACCIMA, Economists 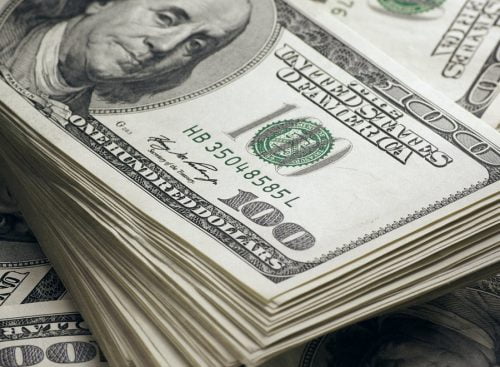 The federal government has been warned that the naira will continue to fall if nothing is done to stop the festering crude oil theft and low export.

Speaking to Punch in an interview on Saturday, some economists said that these were needed to boost the country’s foreign exchange earnings and bridge the supply deficit.

The Association of Chambers of Commerce, Industry, Mines and Agriculture however warned that if nothing was done urgently, the naira might fall to about N700 to a dollar.

Manufacturers, business owners and many Nigerians have expressed deep worries over the value of the naira, which exchanged for as high as N590 in the parallel market a few days ago. While the official rate stood at N416.23, findings from different sources on Saturday evening showed that the naira had fallen to an unprecedented N600 to a dollar.

Coupled with the 15.7 per cent inflation rate, the lingering forex crisis has led to a considerable increase in the prices of goods in the country.

He said, “It’s all about how much you spend on importation compared to how much you earn from exportation. We are not producing enough so we don’t have enough resources to support the naira.

“The immediate solution is to stop crude oil theft so we can make more revenue, and the long term solution would be to diversify our economy so that we can produce more exportable commodities or produce more of what we consume to limit our importation.”

He said the Central Bank of Nigeria’s interventions, like the closure of Abokifx and ban on the sale of forex to Bureau De Change, could not bring down the price because the current price was a product of demand and supply.

Also, the President, National Association of Chambers of Commerce, Industry, Mines and Agriculture, Ide Udeagbala, said critical infrastructure like power should be fixed to boost local production of goods, both for local consumption and export.

He said, “The exchange rate could get to between N600 and N700 to a dollar with the way it’s going, as long as we are not exporting and we import almost everything. However, how do we talk about production when there is no electricity? The national grid collapsed twice two weeks ago and people had to buy diesel at N700.

“So, the solution is that we must produce enough for export to earn forex. Crude oil theft is also an issue. If we are expected to produce two million barrels per day and today we are at 1.3 million bpd, is it difficult to know why we are here?

He stated, “This model would enhance liquidity in the foreign exchange market, reduce uncertainty in the forex market and enhance investors’ confidence. Also, it is a more transparent mechanism for forex allocation, it minimises discretion in the allocation of forex and reduces opportunities for round-tripping and other sharp practices.”