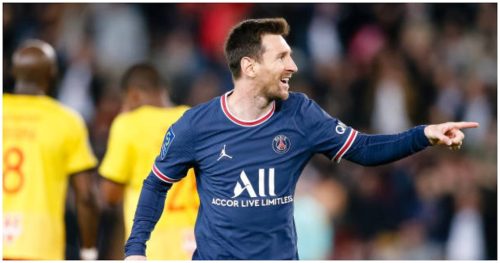 After winning the league with Paris Saint-Germain on Saturday, Lionel Messi has been listed as the best football player in the 21st Century.

The 7-time Ballon d’Or winner, Lionel Messi tops the list ahead of rival Cristiano Ronaldo who has won a total of 5 UEFA Champions League titles.

Zinedine Zidane, Andreas Iniesta, Ronaldinho were also listed amongst the top ten players to have mesmerized football fans during their playing careers.