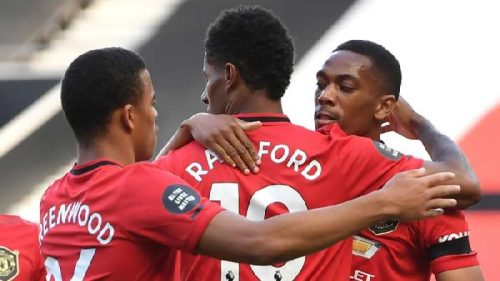 Manchester United manager, Ralf Rangnick, on Sunday, broke a Premier League record that has eluded his compatriots Jurgen Klopp and Thomas Tuchel after his side defeated Crystal Palace 1-0 on Sunday.

Rangnick won his first game in charge of Man United against Crystal Palace, thanks to Fred’s second-half goal.

The 63-year-old became the sixth German to manage in the Premier League on Sunday following his appointment at Old Trafford a few days ago.

Rangnick’s debut win was something that neither Klopp nor Tuchel could manage.

The result against Palace moved Man United to sixth position on the Premier League table with 24 points from 15 matches.

Rangnick will now hope to lead Man United to victory when they take on Young Boys in the Champions League on Wednesday.