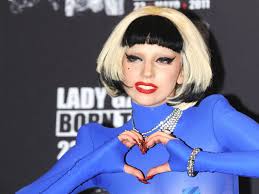 Pop star Lady Gaga allegedly made her former assistant Jennifer O’Neill work 24 hours a day and forced her to sleep in the same bed as her.

The 26-year-old ‘Edge Of Glory’ hitmaker is being sued by ex-employee O’Neill, who claims Gaga owes her USD 380,000 in overtime payments because she had to spend 24 hours a day with her and share the same bed during ‘The Monster Ball’ tour in 2010, reported New York Post.

“I was by her side virtually 24 hours a day, seven days a week. That includes sleeping in the same bed with her. Because she did not sleep alone,” O’Neill said.

When asked if sleeping with Gaga, whose real name is Stefani Germanotta, was a ‘required’ part of her job, she said, “I felt it was.

O’Neill claimed that she had no time to spend time with any one else while working for Gaga.

“Another thing she would do in the middle of the night, would be wake me up to have me change the DVD in the DVD player because she didn’t want to watch that DVD any more and she couldn’t get up to walk across the room to change the DVD herself,” O’Neill added.

However, Gaga claimed that her former assistant is actually her best friend of seven years.

“Everyone’s headlines need an updating… former assistant is actually my best friend from NY since I was 19. Painful stuff,” Gaga posted on Facebook.