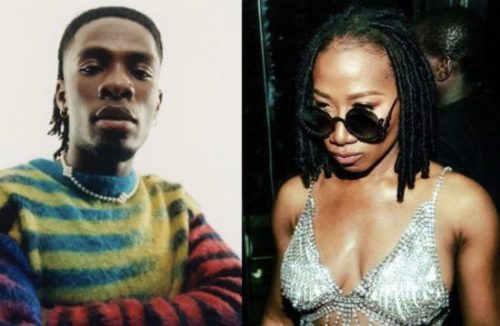 Joeboy has displayed zero cowardice after Asa and her team notified him about N300m suit over alleged copyright infringement.

Nigerian ace singer and songwriter, Joseph Akinwale Akinfenwa-Donus, popularly known as Joeboy, has reacted to the copyright infringement notice that was sent to him by award-winning singer Asa.

Joeboy, on August 19, 2022, released the second single of the year, an afro-fusion tune titled “Contour,” which was produced by ace beat maker Tempoe.

A few weeks after the release of the song, Joeboy was allegedly served a notice which claimed that the song “Contour” infringed on the copyright of Asa. According to the letter, “Contour” infringed on the copyright of a musical composition which was created by Asa in a recording session which took place on September 22nd, 2022, with Tempoe in attendance at that said session.

The notice, which was served on September 30th, demanded that Joeboy remove the song from all digital platforms within twenty-four hours, issue a written apology, pay N300 million, and assign Asa a sixty-percent publishing split.

Joeboy, who posted the letter on his Instagram page on Monday, October 3rd, 2022, merely laughed off the notice. The singer went on to challenge Asa to take another step following the issued notice. He wrote: