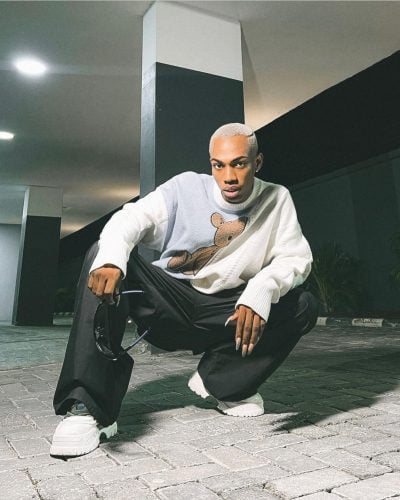 Popular Nigerian crossdresser, James Brown has stated that he is looking for a wife after repacking himself as a man.

The 23-year-old dumped his self acclaimed princess of Africa title and women’s clothing after his s3x video with an unidentified lady went viral.

James Brown who has been posting photos of himself on social media dressed as a man also crowned himself as the ‘Prince of Africa.’

The crossdresser made the switch days after the s3x tape was leaked and he has been advertising masculine outfits for a particular fashion brand.

On Monday, James posted photos of himself on Instagram dressed as a man, saying that he needs a woman for marriage.

“The latest bachelor in town. I’m single, looking for a woman to call wife,” he wrote.