I’m Prepared For Backlash Over Acting As Tinubu – Lateef Adedimeji 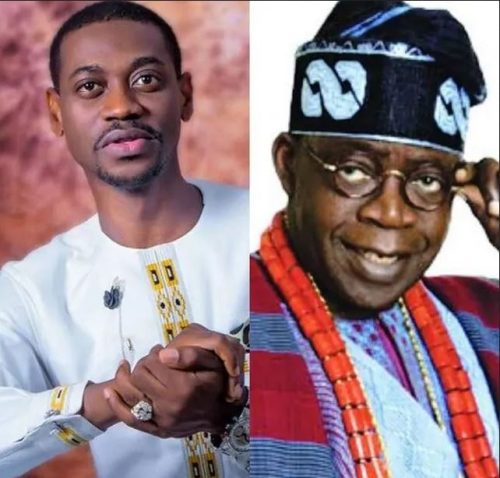 Popular actor, Lateef Adedimeji, has said he is prepared for any backlash that may come his way for acting as politician and the National Leader of the All Progressives Congress, Bola Tinubu.

Adedimeji, who is currently in a soon-to-be-released biopic on the set of the movie titled, ‘Last Man Standing’, told Saturday Beats, “There will be a lot of misconceptions, especially with everything that is happening now. However, I am prepared for whatever may happen because I am only doing my job. May God see me through.

“When I was told about this project, my first response was that I was not interested in playing the role. Politics can be scary, and it is something I have always tried to avoid. Tinubu is not a mere politician. He is very popular and well regarded. Also, there are many controversies happening at the same time, and this biopic will be released at the peak of all these.

“But, I also believe it will be another stretch for me as an actor. I am taking this because I want to challenge myself again. I want to see how far I can push myself again.”

Noting that he believes the role will be one of the defining moments of his career, he stated that though he had never met Tinubu in person, he had done a lot of research on him and was ready to give it his best. He added, “Acting as a real person that is still living is always scary.

It is a different ball game if the person is no longer around. But, this is somebody that is alive. He would most likely watch one act as him and if one does not get it right, he would say so eventually. It is a lot of work. I had to study his mannerisms, the way he talks, the way he moves and even how he smiles, and try to replicate that.”

The actor also urged people to watch the biopic with open minds. He said,

“People will always have diverse opinions. But, I feel it is important for people to know that terrible things can be said about a person but they should take time to find out the truth about that individual.”

The newly married actor also stated that his wife and colleague, Adebimpe Oyebade, aka Mo’Bimpe, is his biggest supporter and critic. He said, “My wife is my ‘hype person’. I critique myself a lot, and when I do, she is the one who encourages me. When it’s the other way round, she also does not mince words.”