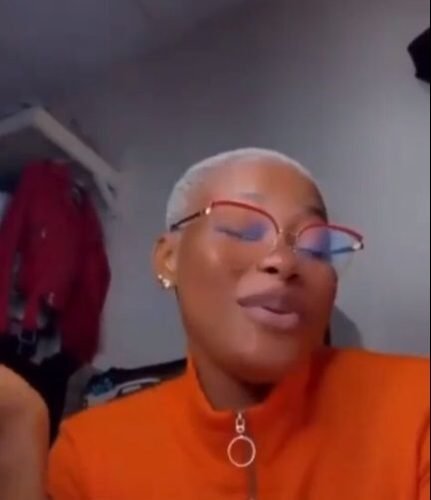 Nigerian socialite Mabel The Goddess has left tongues wagging after saying that she wouldn’t mind sleeping with dogs than some men.

Mabel made the controversial statement while reacting to reports that some girls are actually doing dogs.

This comes after a Twitter user had claimed that some some girls in Lagos having s#x with dogs for N1.5m.

According to Mabel, some men are animals already, so she will prefer to sleep with dogs than some men.