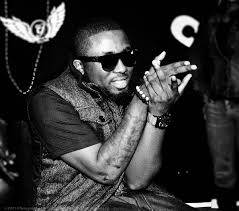 Aboki crooner and popular musician Panshak Zamani, popularly known as Ice Prince has reacted to the Globacom endorsement rumor which went viral last week on different social media platforms.
According to the speculations, Ice Prince allegedly turned down a N100 Million contract offered by Glo to sign on as a Glo Ambassador. According to the story which made the rounds, Ice Price demanded for $1 Million or No Deal.
The Chocolate City management has released a statement disregarding the rumors.
“We were just as surprised as anybody when we read the news of Ice Prince “purportedly” turning down “the offer” , especially since it isn’t true,” said Tobi Sanni-Daniel, Ice Prince’s business manager.
“Globacom is a multi-national company with an excellent track record of delivering quality. Any individual would be proud and honoured to be associated with them.
“However to say that we have turned down an endorsement deal is false and completely baseless.”
Ice Prince has recently been busy in the studio as he gears towards a highly anticipated album later in the year. He has released a remix to the hugely successful ‘Aboki’ as well as released a video for ‘Truth’ which has already gone viral.
Recently Ice Prince released the remix to his Aboki hit single, which featured Nollywood actress Mercy Johnson, M.I, Sarkodie and Wizkid.