“I Was Born To Donate Organ, Blood To Williams” – Prince Harry Reveals 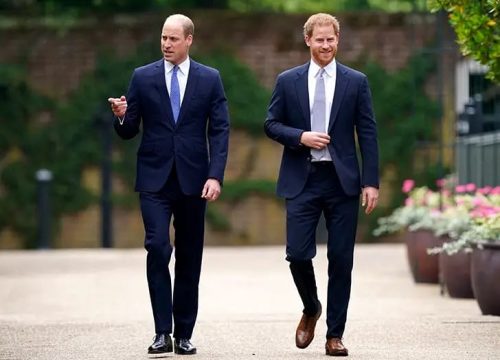 The Duke of Sussex, Prince Harry has revealed that he came to this world with the main purpose of serving as a spare for his elder brother, Prince William, who is the Prince of Wales.

He said this in his autobiography ‘Spare’ which hit the bookshelves across the globe yesterday, according to Daily Mail on Wednesday.

Harry said he grew up knowing that the purpose of his existence was to donate organs such as kidneys or offer blood transfusions to William, should anything bad happen to him.

“I was brought into the world in case something happened to Willy,” Harry revealed in the book.

Prince Harry who is 38-year-old said he grew up to realise he was a spare part for his 40-year-old brother, the heir.

READ ALSO: Prince Harry Reveals How He Lost His Virginity

He described his life as a “mission to offer a source of distraction, entertainment and, in case of need, a spare part”, such as a kidney, blood transfusion or bone marrow.

Harry’s memoir, which was released to the public space on Tuesday has been revealing his explosive childhood experiences.

Meghan Markle’s husband explained in the book that his growing up was understood with the idea of ‘heir’ and ‘spare’ as reinforced throughout his entire life.

He said that this idea of only being in the world in case something happened to William was made “abundantly clear” to him from an early age and was “regularly reinforced” throughout his life.

Harry continued that he heard a story about his father’s “supposed words” to his mother, Princess Diana, on the day he was born.

King Charles III is alleged to have told Princess Diana, “Wonderful! You have already given me an heir and a spare; I have done my job.”