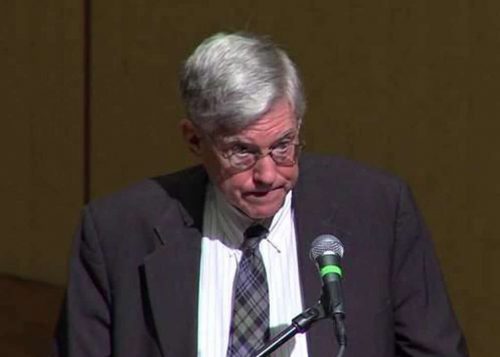 It will be recalled that Kyari was indicted by the FBI in a fraud case against cybercrime fraudster, Ramon Abass, also known as Hushpuppi.

A former United States Ambassador to Nigeria, John Campbell, has said that the Federal Bureau of Investigation’s, FBI, probe of suspended Deputy Commissioner of Police, Abba Kyari, and the ongoing probe by the Nigeria Police Force, NPF, showed some hope of police reforms under the President Muhammadu Buhari’s administration.

It will be recalled that Kyari was indicted by the FBI in a fraud case against cybercrime fraudster, Ramon Abass, also known as Hushpuppi.

Following the revelation, Usman Baba, the Inspector-General of Police, had recommended Kyari’s suspension until the outcome of investigations.

But Kyari had since dismissed the allegations against him but admitted acting as a go-between for Hushpuppi and a local tailor in which the fraudster supposedly made payments.

Reacting to the development, Campbell, in an article published by the Council on Foreign Relations (CFR), insisted that the probe of Kyari also showed a hopeful sign of police reforms which Nigerians had called for and which were one of the main demands of last year’s EndSARS protests.

He said, “The charismatic head of the Intelligence Response Team (IRT) of the Nigeria Police Service, Abba Kyari, has been suspended pending the investigation of allegations by the United States Federal Bureau of Investigation (FBI) that he was in cahoots with Ramon Abbas, better known as “Hushpuppi “a Nigerian “Yahoo boy,” a popular Nigerian term for cybercriminals, involved in money laundering and fraud.

“Abbas allegedly paid Kyari N8 million (about $20,000) to arrest and jail a rogue member of Abbas’ criminal group; those allegations are currently being investigated by the Nigerian police.

“Whatever Nigeria’s reputation, that of the police is poor, both at home and abroad. Among Nigerians, the police are a byword for corruption—grand and petty—and harassment, especially of the poor. Anti-police sentiment boiled over late last year in protests against the notoriously brutal Special Anti-Robbery Squad (SARS)—for which Kyari formerly served as the officer-in-charge—collectively known as #EndSARS.

“The Buhari administration has promised police reform, of which there has been little evidence. However, the investigation of Abba Kyari could be a hopeful sign.”