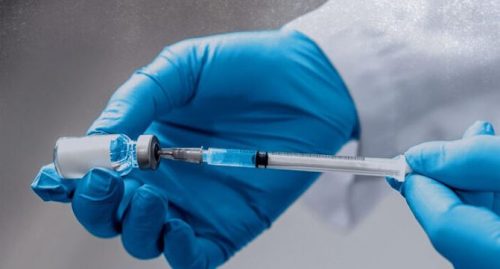 There is hope for cancer patients hoping for a cure as a new discovery has been made in treatment procedures.

A customized cancer vaccine made from the tumours of patients has reportedly produced hopeful results in early trials on patients in the UK.

According to Sky News, the vaccine, TG4050, is made by a French company called Transgene using a technology similar to the one that produced AstraZeneca’s COVID vaccine.

In making the jab, DNA from a patient’s tumour is cut and pasted into a harmless virus. This virus is then injected into the patient’s body.

The vaccine trains the immune system to be on the watch for cancer cells, with the aim of destroying them at an early stage.

Preliminary data from a clinical trial at the Clatterbridge Cancer Centre show that none of the first eight patients given the jab has relapsed, even after several months — but cancer has returned in two of eight patients who weren’t immunised.

Although the numbers are far too small to draw firm statistical conclusions, doctors have high hopes about the jab because it is carefully tailored to an individual’s cancer.

Christian Ottensmeier, a consultant medical oncologist and director of clinical research at the centre, said he was “cautiously optimistic”.

“I am really hopeful, yes. I am quite excited about it. All the data are pointing in the right direction,” Ottensmeier said.

“The immune system can see things we can’t see on scans. It’s much smarter than human beings.

“If we can train the immune system to pick those cells that would otherwise lead to a relapse at a time when we can’t even see them, then the long-term survival chances for our patients are much higher.”