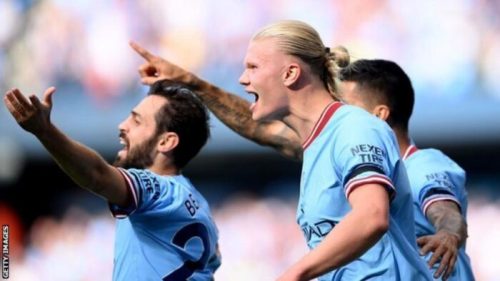 were humiliated in the derby at Etihad Stadium.

Haaland’s rampant start to the season continued as he made it 17 goals in 10 games since his move from Borussia Dortmund while Phil Foden scored his first treble for City as they closed the gap on pace-setters Arsenal to one point.

Watch the Highlight below: