The Head of the Civil Service of the Federation, Dr Folasade Yemi-Esan, handed down the warning yesterday. 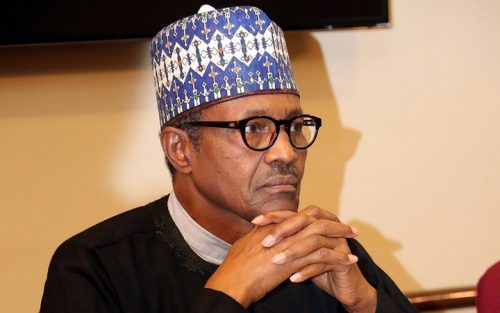 The Federal Government has said it will henceforth dismiss officials who leak documents on social media and other media platforms.
The Head of the Civil Service of the Federation, Dr Folasade Yemi-Esan, gave the warning in an August 2, 2021 circular according to Punch on Tuesday.
The circular, titled ‘Unauthorised circulation of official documents/information on social media’ was marked HCSF/3065/Vol.1 /94.
This is the second time the HOCSF will be threatening to wield the big stick in about one year having issued a similar circular in May 2020.
In the fresh circular, Yemi-Esan said her office would be relying on the provisions of the Public Service Rules 030401 and 030402 in dismissing those who continue in what she described as the “reckless action” and “unwholesome practice.”
The circular read, “The attention of the Office of the Head of the Civil Service of the Federation has been drawn to the incessant unauthorised disclosure of official documents/information on social media platforms.
“The unwholesome practice involves posting/reposting of secret, confidential and classified government correspondences, policy drafts, minutes, notes, memos, etc., on social media.
“This reckless action is tantamount to a breach of the Oath of Secrecy public servants swore to, and a serious misconduct which may lead to dismissal from the service, as provided in the Public Service Rules 030401 and 030402.
“Henceforth, any officer caught posting/reporting government documents on social media and other platforms without authorisation would be severelv disciplined in accordance with the provisions of the PSR.
“This circular, therefore, reinforces the earlier circular on the subject, Ref. No/ HCSF/109/S.l/120 dated May 22, 2020 and other extant regulations prohibiting unauthorised publishing of official documents.
“Permanent Secretaries and Heads/Chief Executive Officers of extra-ministerial departments are to bring the content of this circular to all staff for compliance.”
Heads of government agencies who copies of the circular were made available to include the Chief of Staff to the President; Deputy Chief of Staff to the President, Office of the Vice-President; ministers; Secretary to the Government of the Federation; permanent secretaries; service chiefs/lnspector-GeneräI of Police; and Governor, Central Bank of Nigeria.
Others are the chairmen of the Federal Civil Service Commission, Police Service Commission, Code of Conduct Bureau, Code of Conduct Tribunal, Federal Character Commission, Revenue Mobilisation, Allocation and Fiscal Commission, Economic and Financial Crimes Commission, Independent Corrupt Practices and other Related Offences Commission, Federal Inland Revenue Service and the National Drug Law Enforcement Agency.
They also include the Clerk of the National Assembly; Secretary, National Judicial Council; Accountant-General of the Federation: Auditor-General for the Federation; Surveyor-General of the Federation; Chief Registrar, Supreme Court of Nigeria as well as Directors-General and Chief Executives of parastataIs/agencies.