Eleven Nigerian nationals have been arrested by the United States authorities for allegedly duping elderly Americans in romance scams. 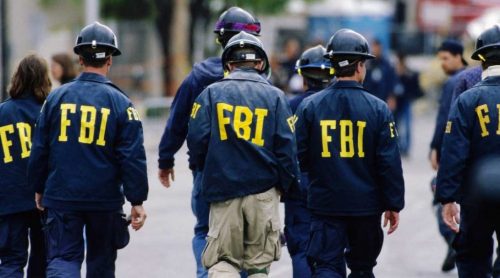 According to the court document, the defendants preyed on elderly victims, many of whom were widowed or divorced. They assumed fake names and used dating sites like Match.com, ChistianMingle, JSwipe, and PlentyofFish, searching for targets.

The 11 persons were arrested in an operation on Wednesday morning, September 22, and have been charged for a number of financial crimes, including conspiracy to commit wire fraud and conspiracy to launder monetary instruments.

They were among the 35 persons arrested for fraud by the Federal Bureau of Investigation (FBI) who allegedly carried out scams worth $17 million.

“The majority of the defendants charged in this investigation have ties to a transnational organised crime syndicate originating in Nigeria, law enforcement revealed Friday,” the United States Department of Justice said in a statement.

Acting U.S. Attorney, Prerak Shah at a press conference announcing the charges said the crimes, “are especially despicable because they rely not only on victims’ lack of internet savvy, but also, their isolation, their loneliness, and sometimes their grief.”

The FBI estimates that more than 20,000 Americans have lost more than $600 million in romance scams in 2020 alone. 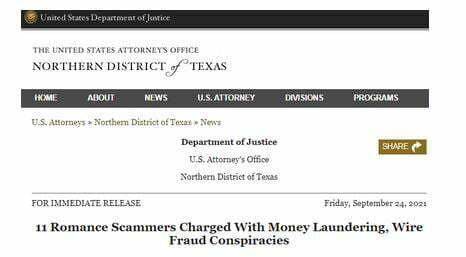