A concerned father has advised his 19-year-old daughter to take her studies seriously after she shared photos of her boyfriend on her Whatsapp status.

@PH_Prinx on Twitter took to the platform to share the message his girlfriend’s father penned following a supposed harmless public display of affection on Whatsapp.

The father encouraged his daughter to drop the relationship phase and focus on herself as men have nothing to offer her at a such tender age.

The text reads in part, “19 years is not a joke, you have to be serious with your life. Whatever decision you make now should in support with your future. Leave that man, leave that boy, men have nothing to offer you now. We give you money, love and attention. Raise your walls and open doors to your studies. Medcine and surgery requires devotion not distraction … “ 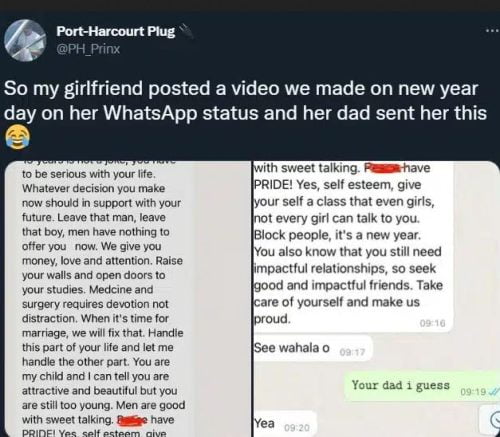 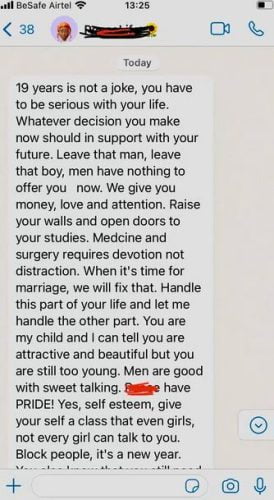 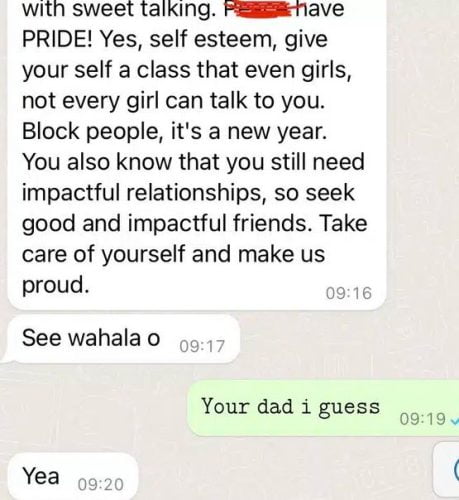