Ed Sheeran, a multiple award winning music star, has revealed that he considered quitting music after becoming a dad. 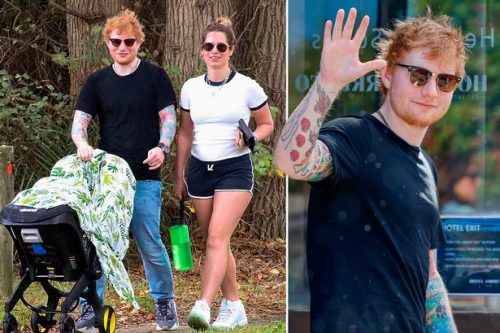 The 30-year-old British singer-songwriter who has now returned to the top of the charts with his single Bad Habits, welcomed his first daughter Lyra Antarctica with his wife, Cherry in August 2020.

‘’In my year off, I was kind of searching for who I was because I stopped playing music for a bit. And music is entirely me as a person.

“And then I had my daughter — well, my wife had our daughter, but I’m a parent. And then I was like, “That’s it, this is me, I’m just going to be a dad, I’m not going to play music anymore”.’

The singer however said that after taking a break to spend time with Lyra, he decided that it was ‘more important’ for their daughter to know that her parents ‘love working hard’.

“I think it’s more important for my daughter to grow up knowing that her parents have the work ethic… and love creating and enjoy their jobs and seeing that rather than like looking at your dad as technically unemployed.”