“Psalm West”, that’s what Kim Kardashian and Kanye West named their fourth child, after they welcomed him via surrogate on the 9th of May.

The following day, Kim announced her son’s arrival on social media, writing, “He’s here and he’s perfect!” The star’s rep also shared that the couple’s bundle of joy weighed in at six pounds and nine ounces.

On Friday, May 17, Kim shared the baby boy’s name with the world, along with the first photo. The announcement post was a screenshot of a text conversation between Kim and Kanye, in which the “Stronger” rapper sent his wife a photo of their son sleeping in his crib. 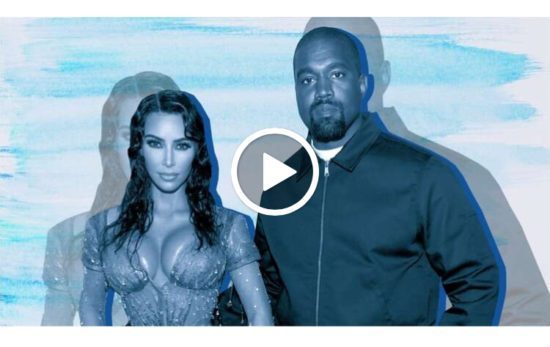 “Beautiful Mother’s Day,” the text read. “With the arrival of our fourth child we are blessed beyond measure. We have everything we need.”

Coming from the Hebrew origin, the name Psalm means “song.” The name is also defined as a sacred poem, as in one of the poems and prayers in the Book of Psalms.

Prior to the name announcement, fans had been speculating about the baby boy’s moniker. On May 11, Kim shared a post on social media that created a buzz.

“We celebrated our baby boy about a week ago and now he’s here! He’s so perfect!” Kim wrote. “Here are some pics of my CBD baby shower. I was freaking out for nothing because he is the most calm and chill of all of my babies so far and everyone loves him so much.”

The KKW Beauty founder also added a teddy bear emoji in her message, which many fans believed was a hint at the baby’s name. But, it sounds like Kim and Kanye, who are also parents to North West, 5, Saint West, 3, and Chicago West, 16 months, had another name in mind for their son!

Keeping Up With the Kardashians will return with an all-new episode Sunday, May 26 at 9 p.m., only on E!