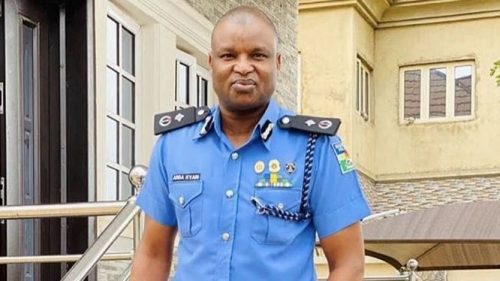 An ex parte application to restrain the Nigeria Police Force (NPF) and the Attorney-General of the Federation (AGF) from arresting and extraditing embattled Deputy Commissioner of Police (DCP), Abba Kyari has been rejected by a Federal High Court in Abuja.

The foundation, through its legal team led by Dr. Olukayode Ajulo, had, through an ex parte application, prayed the judge to grant the temporary order of injunction against the two defendants pending the hearing and final determination of the substantive suit.

The application dated August 9 was accompanied by a 21-paragraph affidavit of urgency.

However, after carefully listening to the counsel, Justice Mohammed refused to grant the request to stop Kyari’s arrest and extradition through ex parte means.

Instead, Justice Mohammed ordered the counsel to turn the ex parte motion to motion on notice and serve same on NPF and AGF.

The judge also directed the applicant to serve all court processes in respect of the case on the two respondents.

Subsequently, he fixed September 9 for mention of the case.

DCP Abba Kyari was allegedly indicted by the Federal Bureau of Investigation FBI in an alleged multi-million naira advanced fee fraud said to have been perpetrated by a Nigerian citizen, Ramon Olorunwa Abbass popularly known as Hushpuppi.

The Police Service Commission (PSC) has set up an in-house panel to study, in detail, documents related to the suspended DCP, a former head of the Intelligence Response Team (IRT) of NPF indicted by a report of the Federal Bureau of Investigation (FBI).

According to PSC spokesman, Ikechukwu Ani, the panel is expected to examine the allegations as contained in the FBI indictment and to look at the extant rules as a means of keeping abreast of the matter pending the submission of the report by the Police Investigative Panel (PIP).