Some of the security features the CBN hopes will aid in the easy identification of fake notes include touch, visibility, the security thread and the watermark. 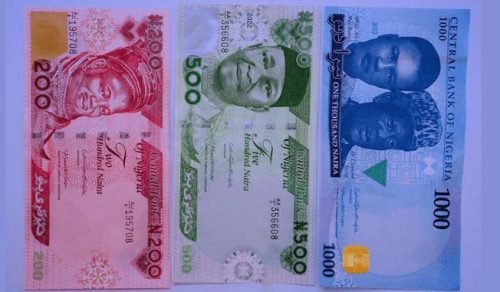 As the new naira notes circulate, the Central Bank of Nigeria has released the security features of the newly released notes to aid in identifying fake notes.

Some of the security features the CBN hopes will aid in easy identification of fake notes include touch, visibility, the security thread and the watermark.

Other areas such as the portrait, lettering and the denominational numerals on the obverse and reverse of the notes are embossed.

A soft texture and dull image are indicators of a fake naira. That means one should be sensitive to the touch of the banknote when carrying out a transaction.

There is also need to observe the gold foil on the right side, close to the CBN governor’s signature. One can also differentiate the genuine naira note from counterfeit by applying liquid to the note, and a fake currency can easily change colour.

Also, the ribbon-like thread on all Naira notes can also be observed and touched to confirm if the note is genuine or otherwise.

One can also raise a naira notes on a mercury bulb. This exercise enables the one to see many features of the local currency, not visible to the naked eyes, among others. 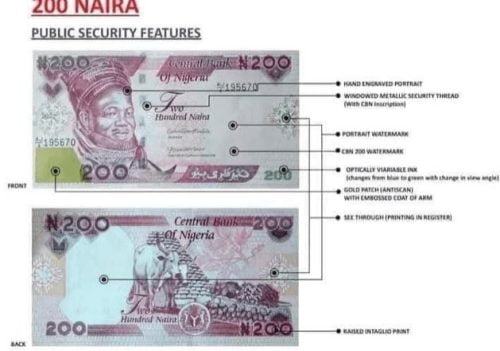