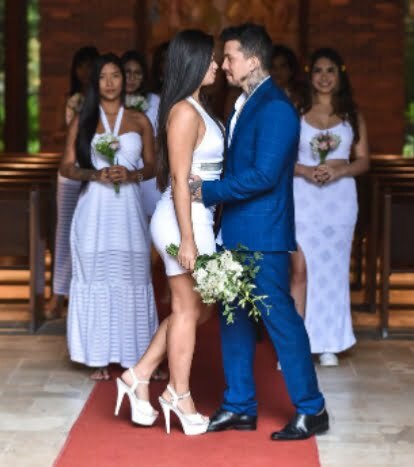 A man who married nine wives at once to celebrate free love has revealed he plans to marry two more women and wants babies with all of them, IgbereTV reports.

Arthur O Urso, from Brazil, hit headlines when he discussed his controversial marriage to nine women.

Now, after facing a divorce from one of the women, the model hopes to find two more ladies to marry.

Arthur said of Agatha’s decision to leave: “She wanted to have me all to herself. It didn’t make sense – we have to share.”

He added: “I was very sad about the separation and even more surprised by her excuse.

“She said that she was missing a monogamous relationship.