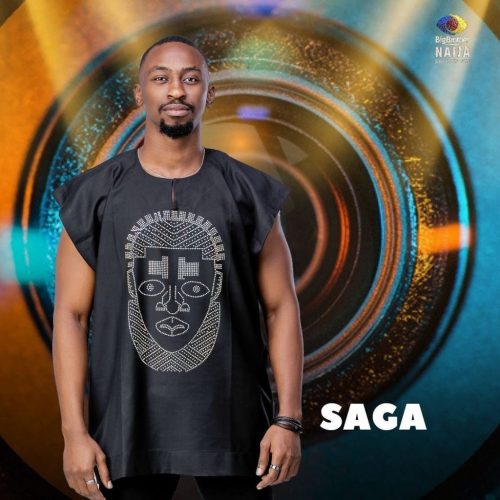 Saga, one of the Big Brother Naija housemates, has revealed that he was a disappointment to his dad because he graduated with a second class lower degree.

Saga during his first introduction with the male housemates on Saturday night said his dad wanted him to be the Engineer he wasn’t.

He also disclosed that although he worked as an Engineer at several companies, he had chosen to focus on his love for arts.

“I graduated with a second class lower but I was a disappointment to my dad.

“My dad wanted me to be the engineer that he wasn’t. He is a banker but an Engineer and an inventor.

“He wanted to take up that role and cajoled me into studying engineering but I like arts.

“ I almost threw my certificates away because my dad talked down on me. This made me fall in love with drawing.

“I’m here for my mum because she loves arts.”