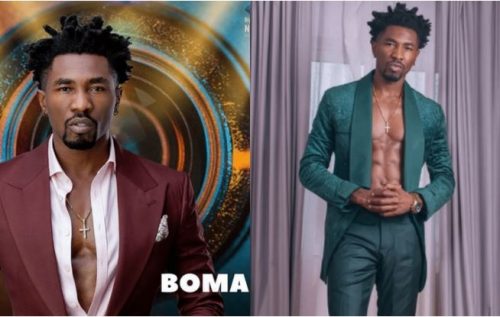 Boma, a Big Brother Naija housemate has revealed that he was married before in 2017.

Boma said that, unfortunately, his marriage crashed in the same year, adding that 2017 was a turnaround in his life.

The ‘Shina Ya Eye’ BBNaija housemate confirmed this to housemates on Saturday night while giving a brief introduction about himself.

He confirmed this to housemates on Saturday night while giving a brief introduction about himself.

Boma said, “I have been married before, my marriage scattered and everything happened in 2017.

Boma is the only BBNaija Season 6 housemate to be verified on Instagram with over 200,000 followers.

He is a Hollywood actor and has starred in ‘Blacklist’, a popular TV series.