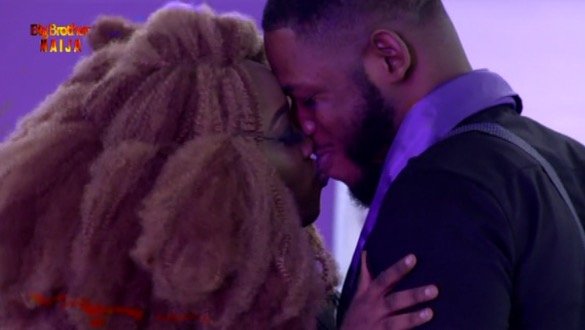 Big Brother Naija housemate BBNaija Frodd talks about the kiss he had with Esther which he thought was impossible.

Frodd who was happy and smiling revealed he was excited because he had a kiss with Esther when Biggie asked.

Frodd said before the kiss, he talked with Esther about making their presentation more interesting then Esther spiced it up.