Angel, a Big Brother Naija Shine Ya Eye housemate, has stated that she felt lonely after Sammie and JMK were evicted from the show on Sunday night. 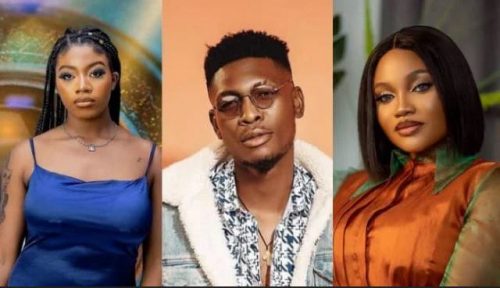 She said this on Sunday night while talking with Yousef in the room, following the exit of Maria, JMK, and Sammie.

Angel said, “I’m so sad that Sammie left. I’m so sad that JMK left. I feel so lonely because I’ve lost three people that I genuinely do care about. It’s like I talk to everybody in this house, I’m cool with everybody but I feel I have lost my friends

“Arin has gone, Niyi has gone, Yerins has gone, and JMK has gone. I talk to everybody but who am I going to talk to?”

The Monday night left some of the housemates emotional and few of them even shed tears following the exit of their friends.

Liquorose broke down in tears as her best friend, Maria, was evicted from the show. Michael also cried as a result of Maria’s exit.

When approached by Angel, Michael, who was in tears after Maria’s eviction, he said the show is becoming harder than he expected.

“I feel shocked, confused in this house. I know it’s a game but don’t know why I care this much.”