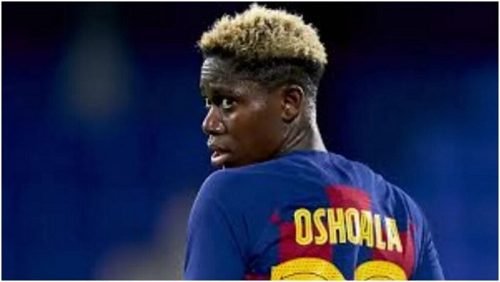 The Blaugurana recorded their biggest win in the UEFA Women’s Champions League and laid down a stunning marker in the Group D encounter.

The Super Falcons forward netted a brace and also provided two assists in the game.

The 28-year-old was voted the Player of the Match.

Barcelona lost in the final of the competition last season, but Oshoala insists they are ready to rule the continent once again after a blistering start to the current campaign.

“We have to send a message to all the teams that we will be going all-out this season as always,” Oshoala told Uefa TV.

“Personally, the goals are not the most important thing but [how] the team play and how I try to help the team.”