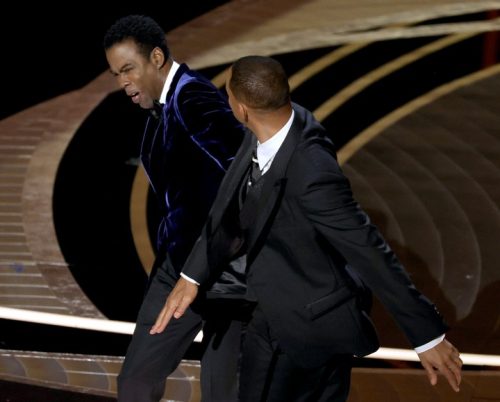 The Board of Governors for the Academy of Motion Pictures Arts & Sciences met Friday morning to discuss the consequences for actor Will Smith following his slap of presenter Chris Rock during the 94th Oscars telecast, and voted to ban Smith from all Academy events including the Oscars for 10 years.

Here is the Academy’s statement:

“The 94th Oscars were meant to be a celebration of the many individuals in our community who did incredible work this past year; however, those moments were overshadowed by the unacceptable and harmful behavior we saw Mr. Smith exhibit on stage.

During our telecast, we did not adequately address the situation in the room. For this, we are sorry. This was an opportunity for us to set an example for our guests, viewers and our Academy family around the world, and we fell short — unprepared for the unprecedented.

Today, the Board of Governors convened a meeting to discuss how best to respond to Will Smith’s actions at the Oscars, in addition to accepting his resignation. The Board has decided, for a period of 10 years from April 8, 2022, Mr. Smith shall not be permitted to attend any Academy events or programs, in person or virtually, including but not limited to the Academy Awards.

We want to express our deep gratitude to Mr. Rock for maintaining his composure under extraordinary circumstances. We also want to thank our hosts, nominees, presenters and winners for their poise and grace during our telecast.

This action we are taking today in response to Will Smith’s behavior is a step toward a larger goal of protecting the safety of our performers and guests, and restoring trust in the Academy. We also hope this can begin a time of healing and restoration for all involved and impacted.”

The organization didn’t have too many other options to impose, especially with Smith’s membership now no longer active following his resignation. His resignation and barring from future telecasts do not preclude him from being nominated or even winning future Academy Awards during that time.

There have been calls from industry insiders and moviegoers for Smith’s Oscar to be taken back, which the Oscars have no legal authority to claim. To compare, convicted criminals Harvey Weinstein and director Roman Polanski still hold their Oscars following their expulsions.

The Academy began official disciplinary proceedings on March 30 and originally scheduled a board meeting for April 18 to take any disciplinary actions. However, in light of Smith’s membership resignation from the Academy on April 1, Academy president David Rubin moved the meeting to Friday.

Smith assaulted Rock after the comedian made a joke about Jada Pinkett Smith’s shaved head. Pinkett Smith has spoken publicly about her struggles with hair loss due to alopecia. Smith apologized to Rock in an Instagram post the day after the incident.

The Oscars have struggled with the messaging and fallout after the incident. Criticism was heated from Academy members and Hollywood industry professionals regarding the decision to allow the “King Richard” actor and producer to accept his statuette and speak for several minutes uninterrupted. When the disciplinary proceedings were announced, the Academy said in a statement that Smith refused to leave the ceremony, something multiple sources have refuted.

Has the “Slap Gate” saga ended? The Academy has spoken, at least for the moment.

The Academy’s Standards of Conduct process was updated in Dec. 2017 in the wake of the Me Too movement and the expulsion of Harvey Weinstein. There are currently 54 people that sit on the Board of Governors. The Academy’s 17 branches are each represented by three governors, with three Governors-at-Large, who are nominated by the President and elected board. Twelve of the members are serving on the Board for the first time after being elected in June 2021.

The Board members are: 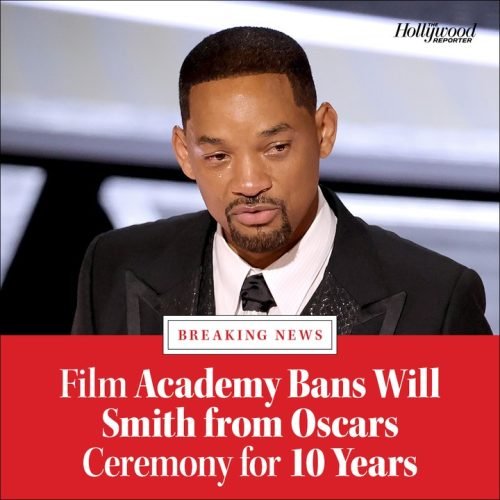