It was a completely horrific tragedy that struck at the El-Adonai Evangelical Church in Abule-Egba, Lagos, after a flag pole touched a high-tension wire, leading to electrocution of worshippers. 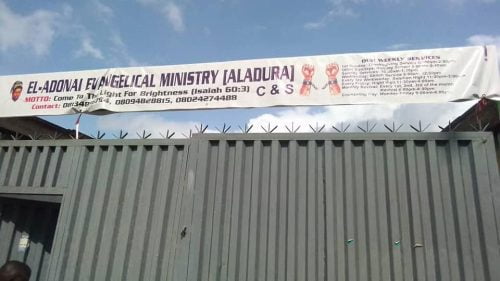 Six male adults were said to have been electrocuted in the incident which occurred at 7:34 on Sunday, October 3.

Witnesses told Daily Trust that that the church members were trying to fix the church’s flag while making way for some officials when they got electrocuted.

The flag’s pole was said to have touched the electrical cable which triggered the shock.

Men of the state Fire Service were called in to prevent further damage to lives and properties while the officials of the Ikeja Electricity Distribution Company (IKEDC) were said to have been contacted.

“The Agege Fire Station of the Lagos State Fire and Rescue Service is currently attending an incident of electrical shock,” she stated. 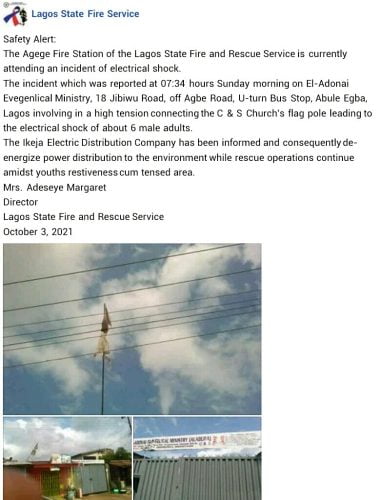